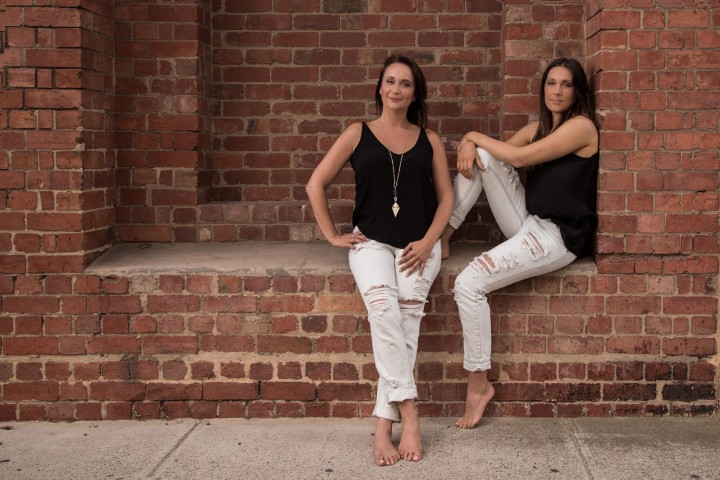 We all have a story and this week we had the privilege of sharing some of ours on 91.4FM 3WBC with Rae Bonney, which got us thinking about the direction Maximum You is taking.

If you’ve been following us for a while, you will have heard and read snippets about our disconnect and reconnect but there are parts of the story we haven’t yet shared.

It’s crazy to think that a mere 5 years ago we didn’t have the relationship we have today.

In fact we didn’t really have a relationship at all…

We were always super close but when our family unit changed with the separation (of my parents) so to did our relationship.

The years that lay ahead would see a whole bunch of challenges thrown our way that we never could have anticipated.

Although we did the best we could with the resources we had at the time, we each created so much of our own suffering.

From shame, to guilt, to blame and even self-punishment…we didn’t know how to express and allow ourselves to process our emotions, so instead we suppressed them and it drove us further a part.

Eventually it came to a point where one of us needed to show up if we truly wanted to move beyond the place we found ourselves..

The choice to show-up was always there but sometimes we’re only brave enough to do the work once the pain of suffering is to great.

Mum took the leap first and I watched her transformation from a far for a couple of years until I to felt uncomfortable enough to show up and do the work myself.

One of the things we haven’t shared before is that mum didn’t actually have a relationship with her own mother and actually never wanted to be a mother.

We eventually realised that we needed to each own our side of the street and let our story simply be that a story, if we truly wanted a shot at an authentic relationship.

So we started walking my dog together- he was the most magical boxer by the name of Strider and he brought us all back together again and gave us space to rekindle common ground without needing to rehash the deep and heavy stuff (which naturally came later).

As time went on we began to cook and find other things we enjoyed doing together and our relationship once again began to flourish.

Having shared this story often it’s hard to believe we ever were in that space but it’s shown us the true power of the mother, daughter bond and how it has the potential to influence every part of our life, from our beliefs to our behaviour and even our DNA.

We shared earlier that Maximum You is taking us on it’s own adventure and we feel an ever stronger calling to serve mothers and daughters (amongst some of our other wonderful offerings).

Having been there we know whats possible and we can’t wait to put our learnings and teachings into a format to foster, grow and support other mother’s and daughters to create an authentic, loving relationship!

Watch this space and check out the link for our interview here:

← Our top 10 Winter Hacks to keep your body fighting fit!
Organic or non organic? Does it matter? →